Yes we’re apparently doing this again. Andy has determined there will be a grand Pellinor fields battle in the second half of 2018. It will mainly involve SBG players but the more logical ruleset for this kind of thing will also be used. It turns out there is actually a handful of locals still playing locally. We started to get our hand back in last night and used Houserules. I actually went back to my old houserules thread on the One-Ring forum and decided I like a couple of the others’ suggestions better than what I’d included in the 2011 version so made some tweaks. Andy asked for something that could be a handout if locals wanted to use it so here it is, the 2018 version: 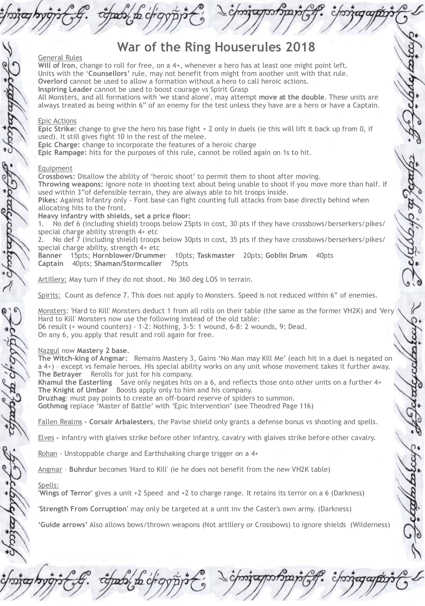