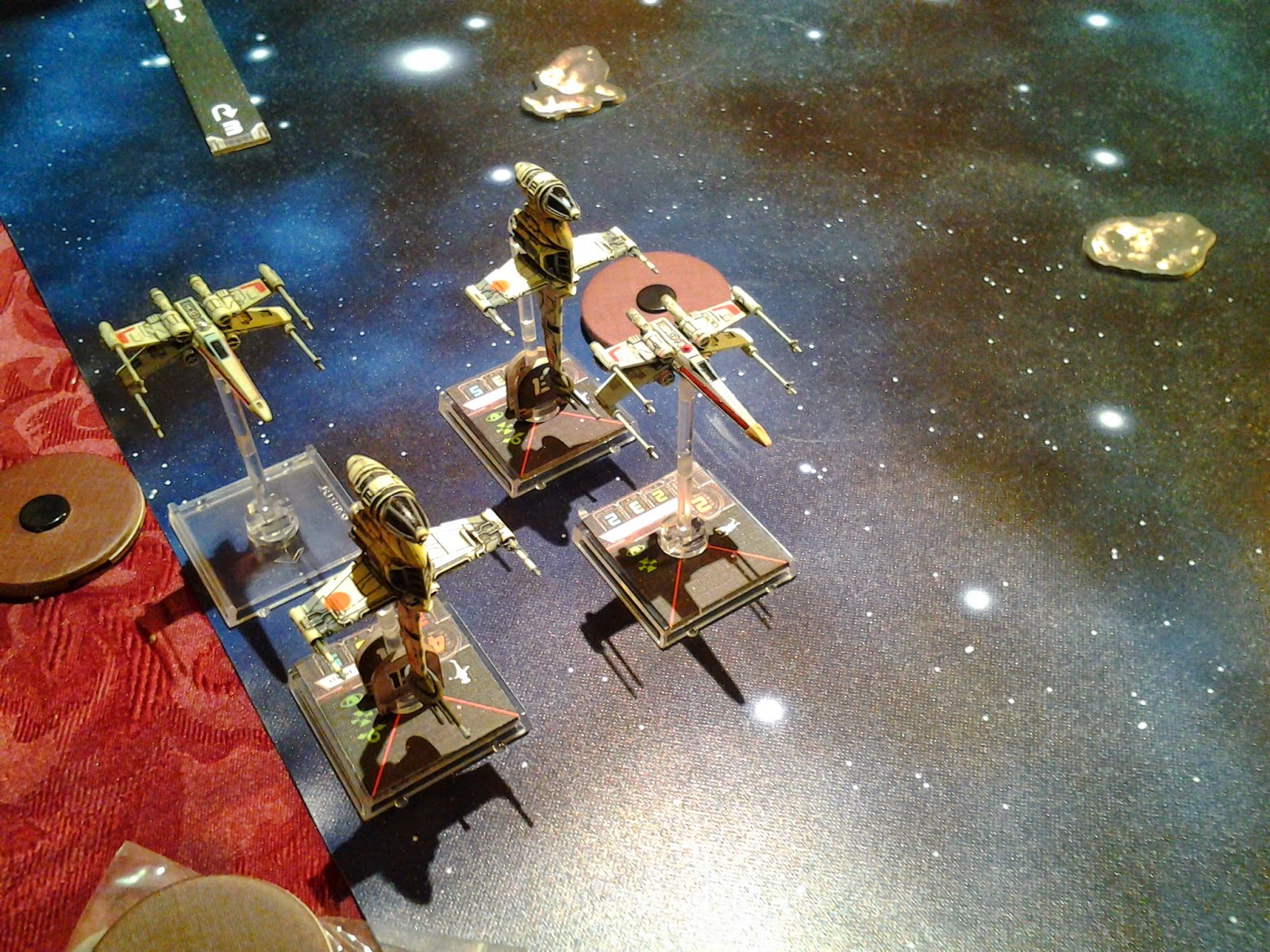 I got a bit crook so have had a bit of a gaming hiatus but Chris W (check out his blog on the link list for recent massive X-Wing acquisitions) dropped by on Thursday to play X-Wing. After providing Tatooine as our last gaming setting, this time we had a cool GF9 Ice-planet gaming mat. I need to get one of these. I had a new toy too, my cool new TIE-Phantom: Whisper with Fire Control System, Advanced Cloaking and Veteran Instincts for that all-important PS9. Backing her up, I had a Firespray and two TIEs.
Chris, Chris got his list off Youtube. 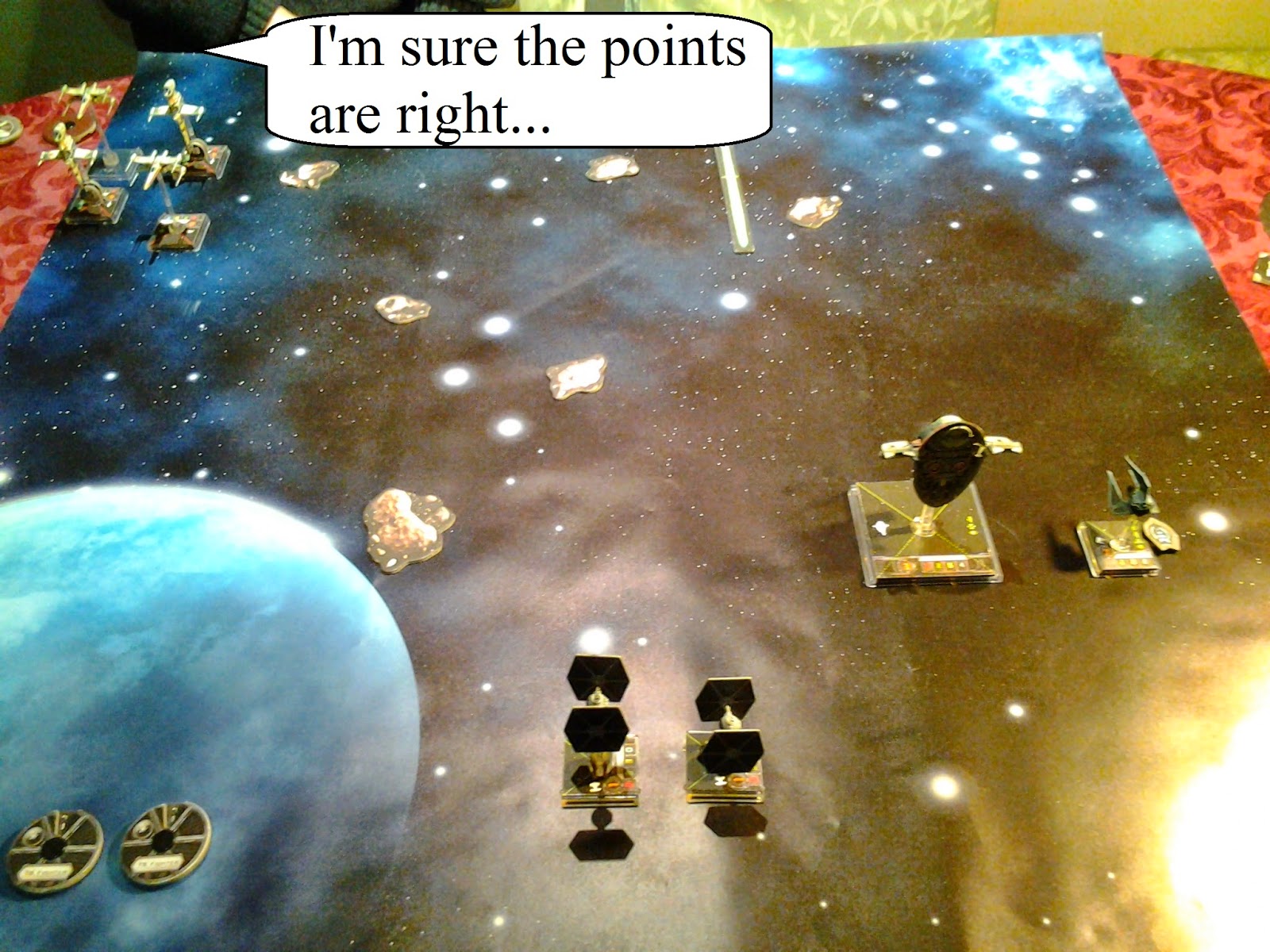 Hilariously, that meant he hadn't actually checked the points (when I asked about initiative) but yes the most recent X-Wing world champion had got the points right: Biggs, Rookie X-Wing, 2 Dagger squadron B-Wings with Advanced sensors. I sure was glad I had invested in pilot skill 9... 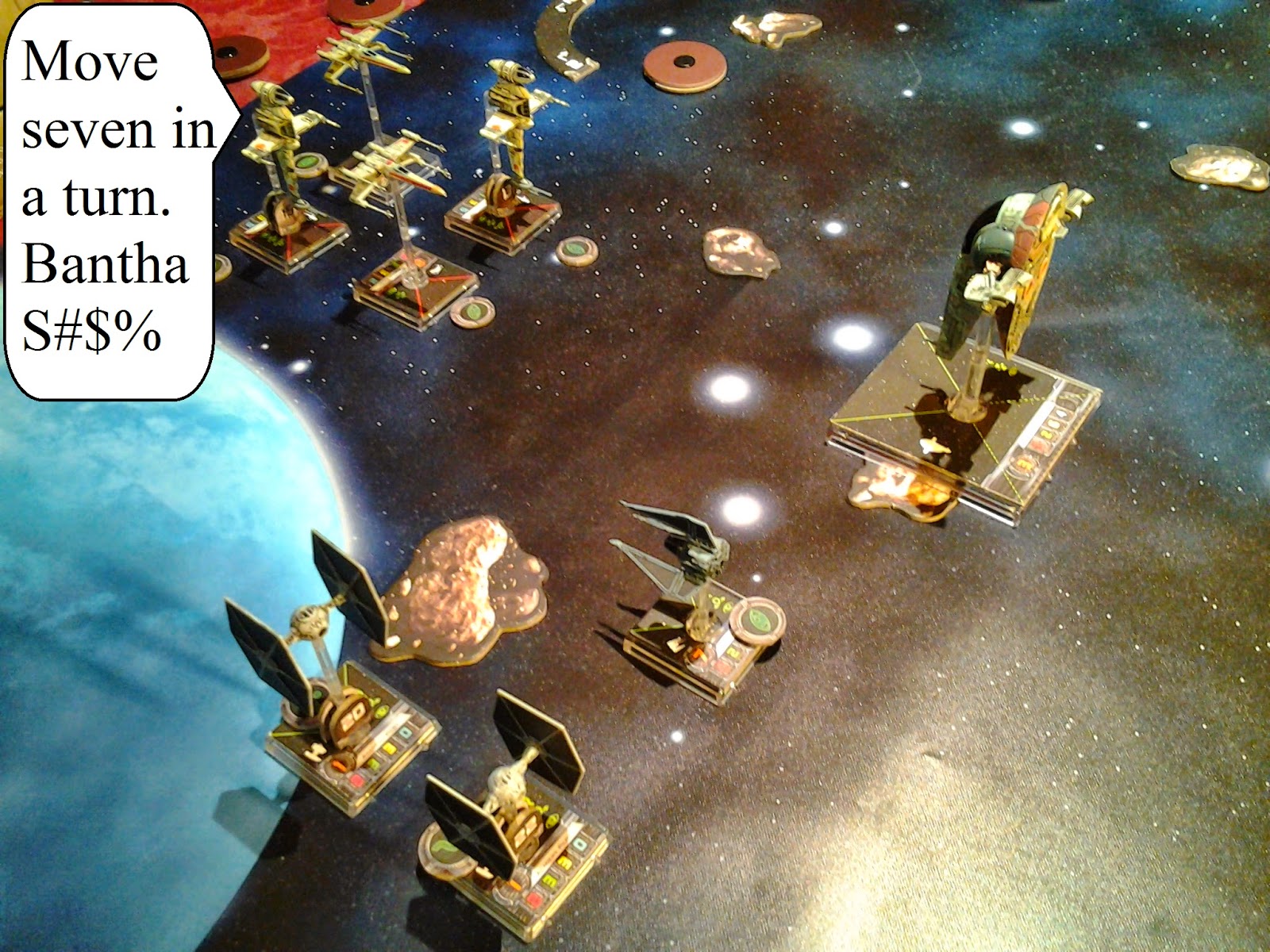 The TIE Phantom is hilariously fast when you want it to be: two template forward when it uncloaks, base width, then four more forward. That is one heck of a radar glitch. However, in my eagerness to get to grips with the rebel Scum, I had engaged them in the asteroid field... 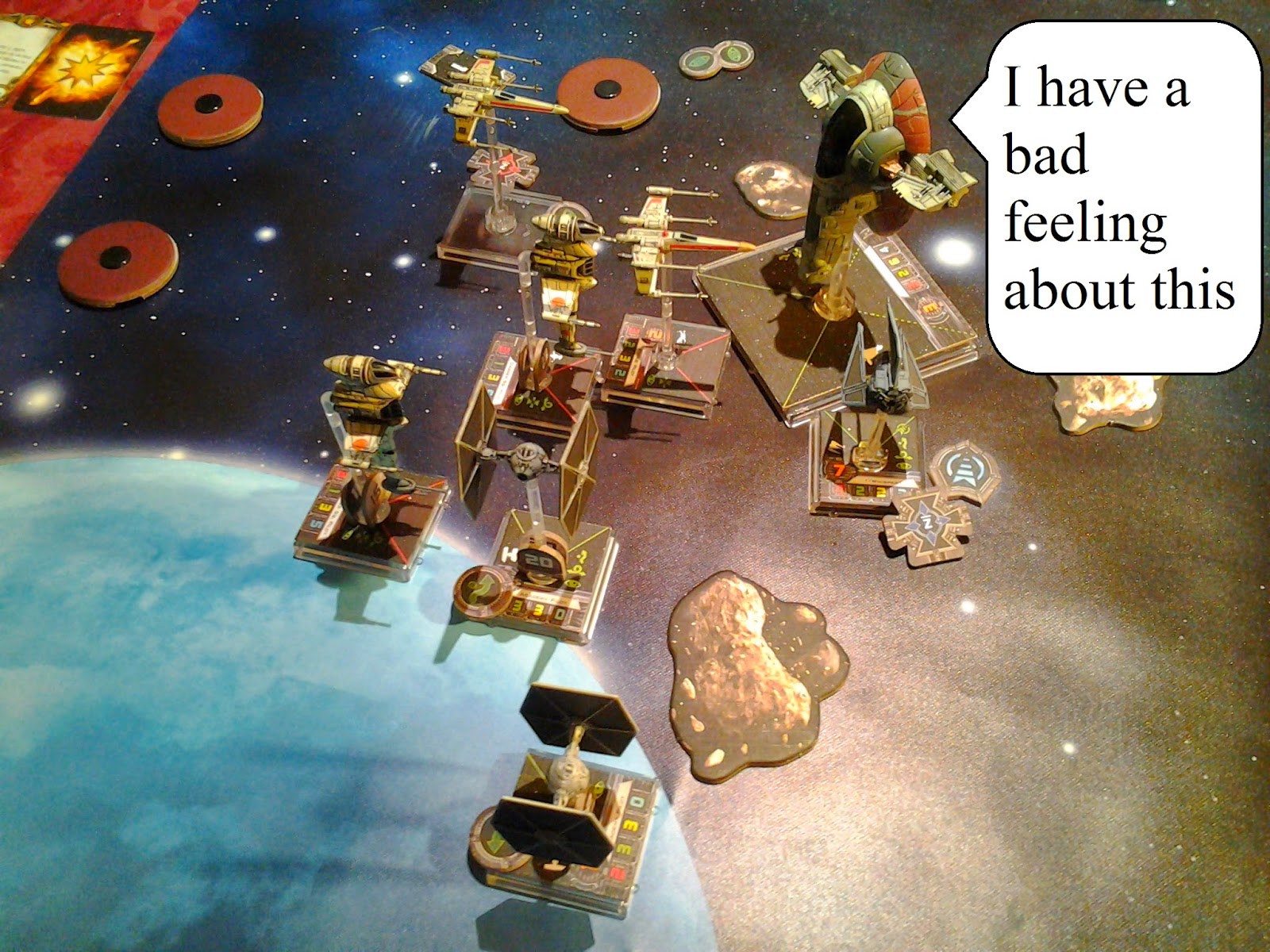 Chris' fleet locked on the space-brakes (not to mention the amazing barrel-rolling k-turning B-Wings) and darted around in place focus firing on my ships. The Phantom also proved a serious headache to use there as it needs to shirt by a 2 template when it de-cloaks and that is dangerous in close quarters. 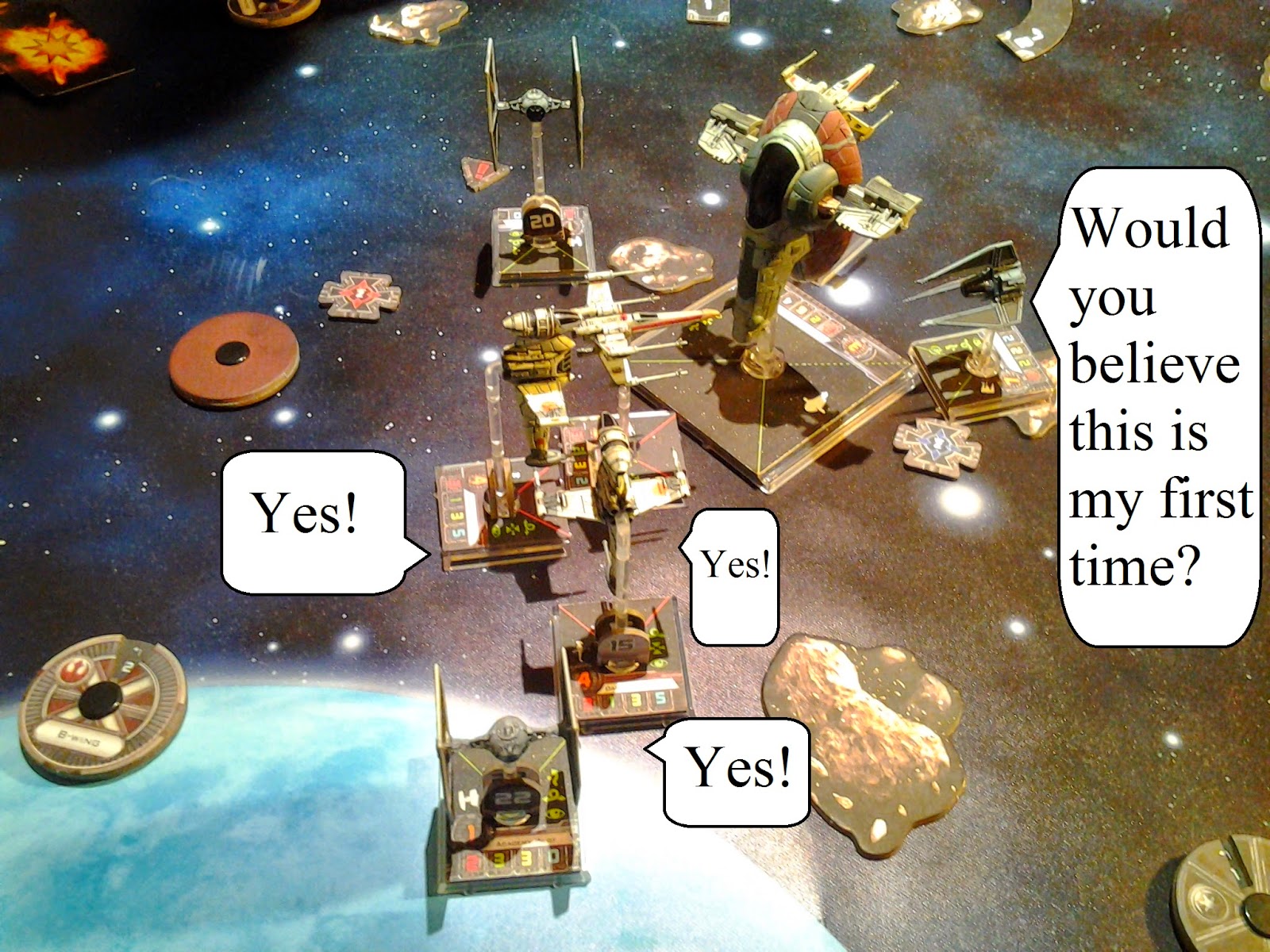 In fact, really dangerous. Chris nailed the Firespray and the Phantom in quick succession. Those Advanced sensor B-Wings are amazing. Chris had almost done a loop right around my bottom-most TIE with the bottom B-Wing to get into that firing spot. 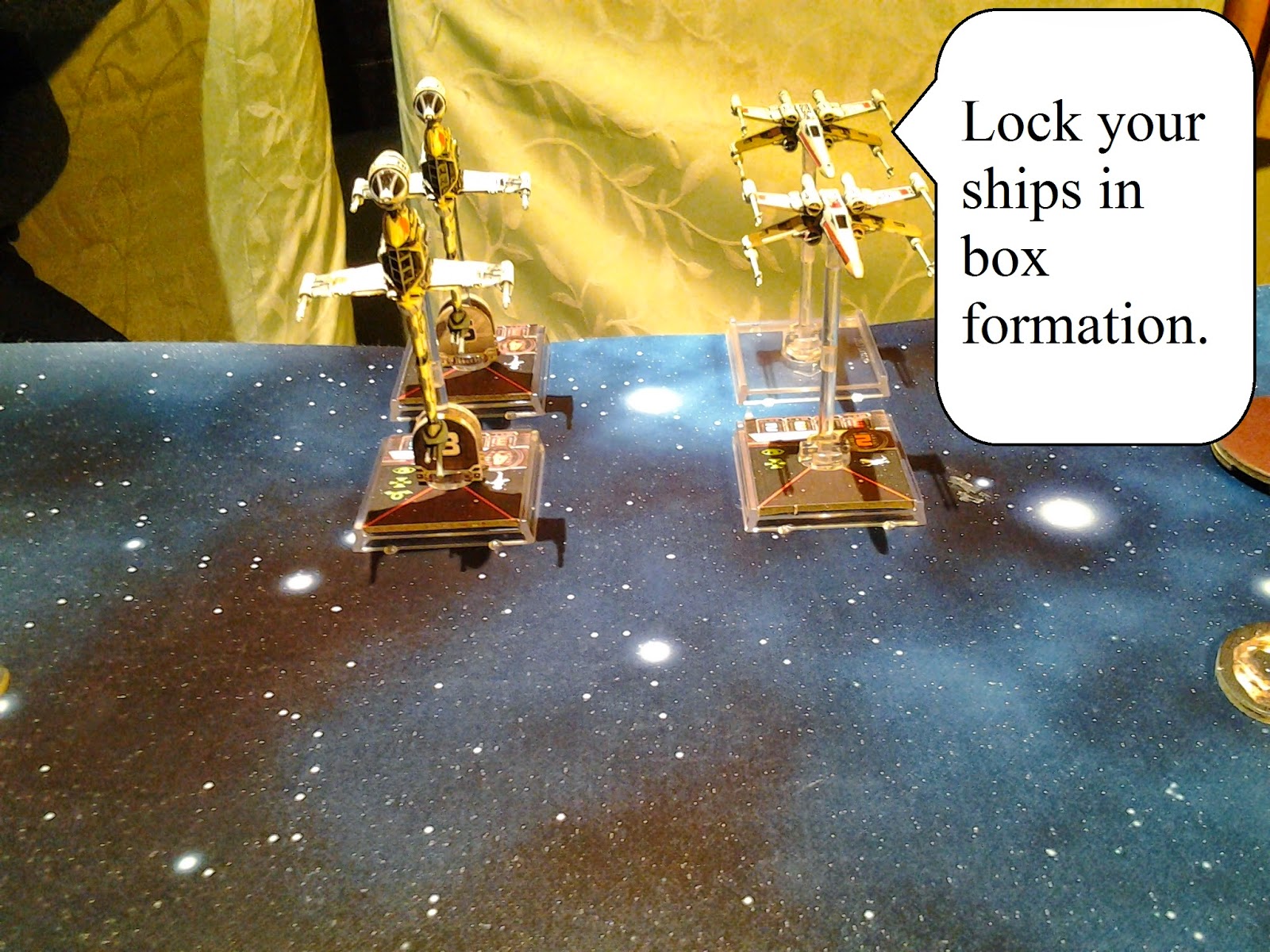 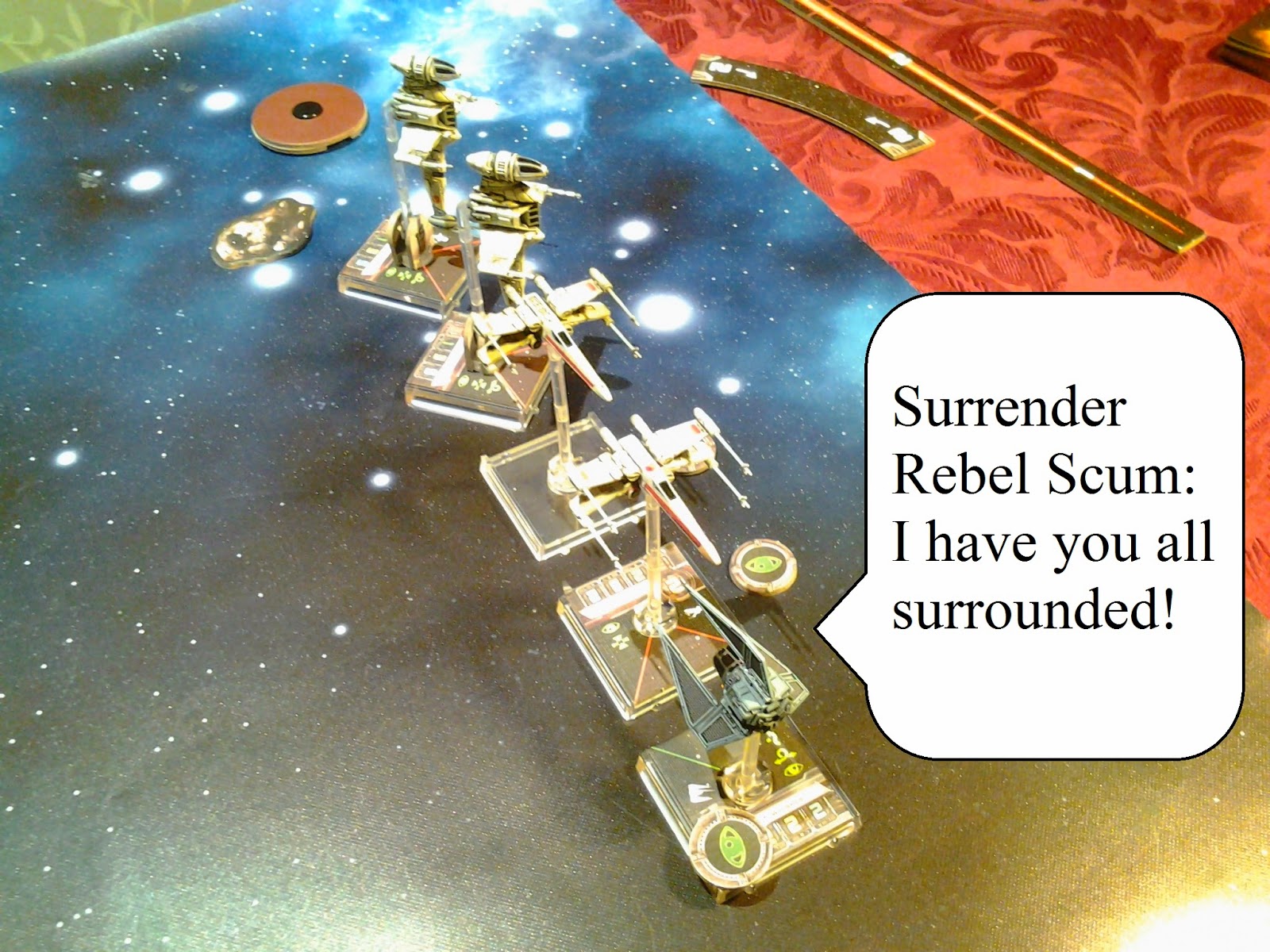 I am not one to let crushing defeat blunt my more suicidal instincts. In fact I got out of that with only one point of damage. 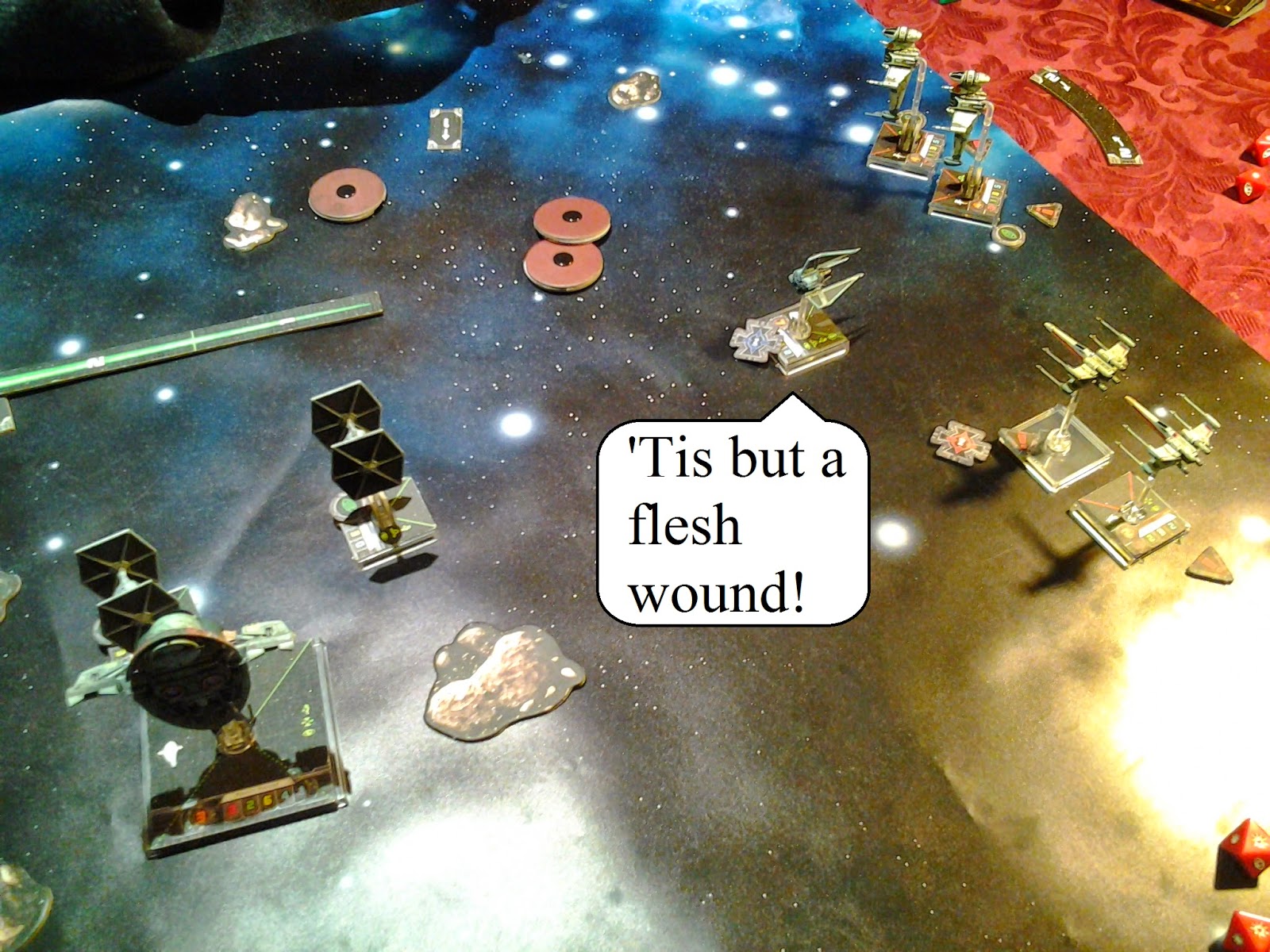 The plan had been to joy-ride out in front of Chris' guys while swinging the rest of my stuff around (I deploy all of them before he deploys his stuff) to back up the Phantom. 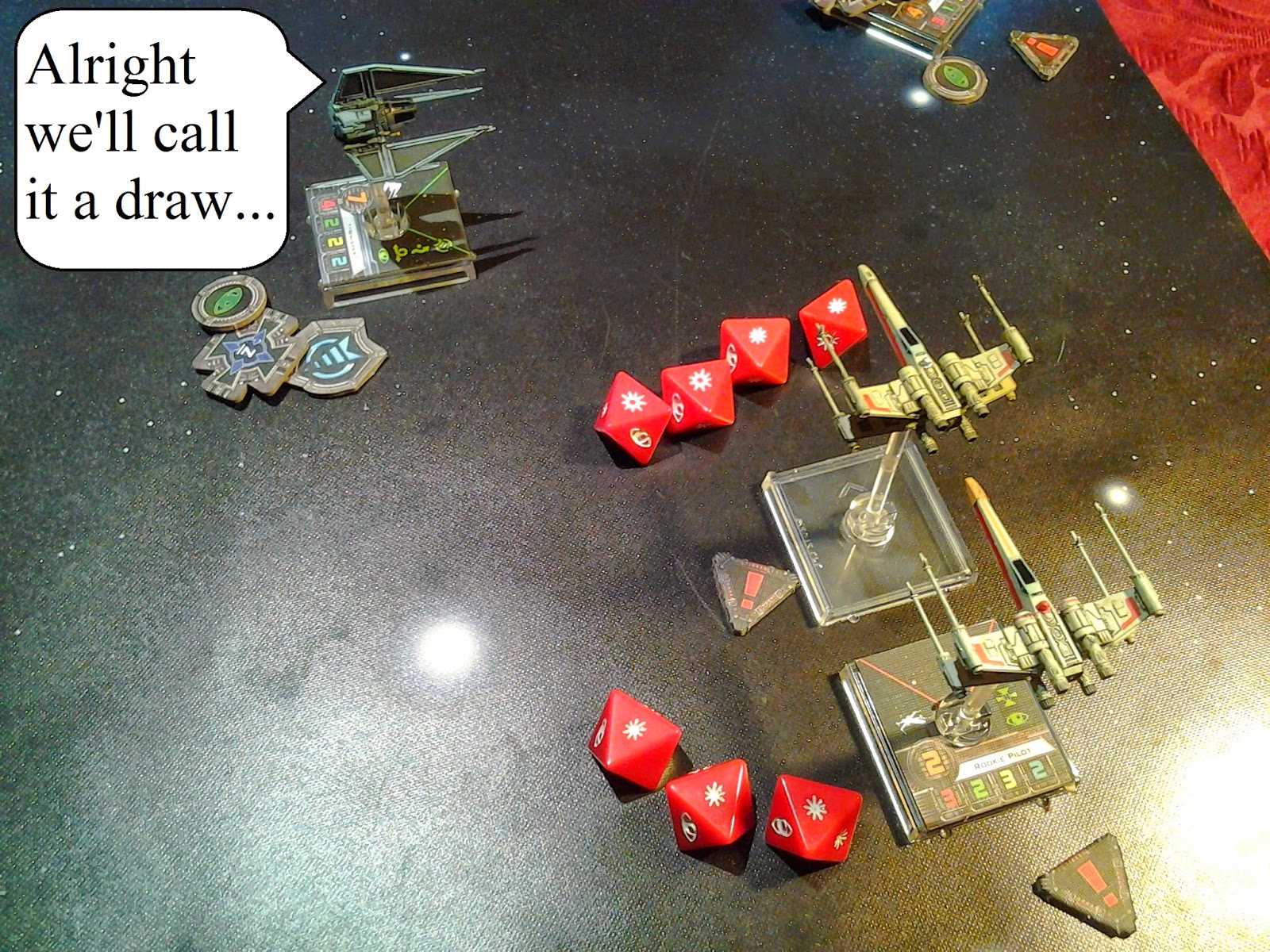 Good plan. Only half of Chris' ships had a bead on me but that is all it took. No I did not respond by rolling four, then three, evades.

Well done Chris. the games were pretty fun. I think I need to get back into the swing of war gaming though. Thanks for reading.
Email Post
Labels: Batrep Star Wars X-Wing