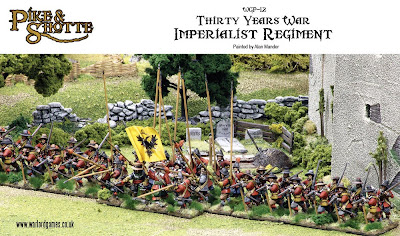 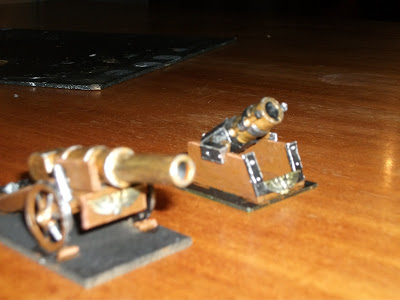 Jason over at Kruger's Kreations decided he couldn't pass up a good Warlord Games deal and got a big box of Lorricated Romans. Of course, I don't need much excuse to get more of the awesome plastic historicals we can have so cheaply these days. The problem was, what to get? Historical match ups were out, none of the actual opponents of what he had (apart from more Romans, 'struggles for the purple' style) appealed to me that much. If the upcoming Macedonians were out now, I'd have got those and pretended that the Romans were wearing mail. 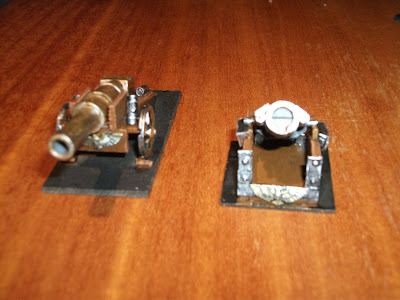 Then we had a bright idea, if it's going to be fantasy match ups -then why not Fantasy? I have had my eye on Warlord games Curiassiers for a long time and had seen their Thirty Years War box and thought t 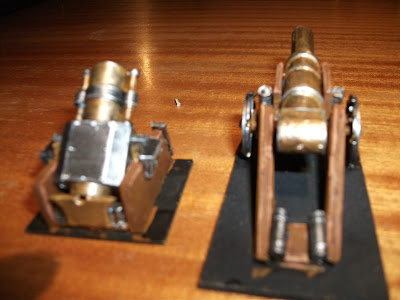 hat these might as well be Warhammer Fantasy Empire. There are actually Romans (or rather, Remans) in the setting, and I am the type of gamer who doesn't entirely mind the addition of magic and monsters to his historicals, so it was a plan.

I'm not the first to think of using the
figs this way and I think it will work well. If not, then I have some awesome historicals for a new period to play around in. The TYW looks like just my type of period, being characterised by revolutionary organisational changes in how war was waged - great stuff.

For now though, I have to learn to play Warhammer Fantasy! Jason is going to teach me to play on Tuesday with a modest 1000pt game. Since he scrounged me up a few gun barrels + a couple of wagon wheels, and my kids and wife were too sick to go out, I spent the afternoon gainfully employed scratchbuilding these out of said barrels + wheels, chopsticks and a couple of ice cream sticks. Sure they are 'rough', but I think they will look the part on a fantasy battlefield. Once I get some more static grass, I will see to those ugly bases, just pretend you can't see the bottom of the models.
Email Post
Labels: Progress Warlord Games WHFB