The artillery of the Witch King 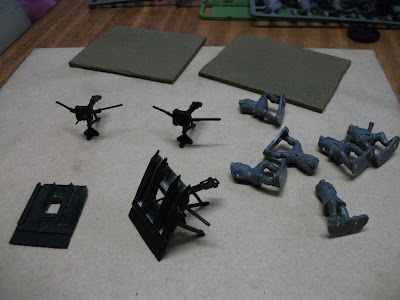 In addition to furnishing mail and keen edged steel to his warbands, the Witch King has devised murderous siege bows to scyth down the shield walls of the Dunedain and decimate their archers at range.

My men of Carn Dum will be manning allied Morder Siege bows when they go to war. These are str 8 and have a 4' range. This makes them completely different than the (IME) laughable Gondorian bolt-throwers, which are the same cost, but only 2' range, though a higher rate of fire. 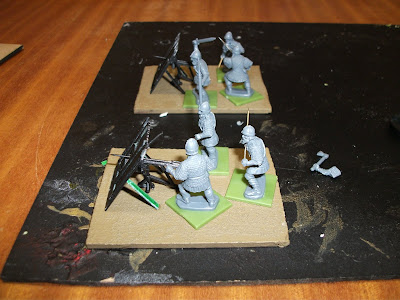 Materials: Hat Roman artillery (for the ballista model), extended with sprue, and heavy shields made of old credit card. The crew are roughly converted GB vikings, to match the rest.

Yes, those are pins those loaders are holding, imagine the damage a scaled up version of a clothes pin would do to ranked infantry!
Email Post
Labels: Angmar Carn Dum Progress Siege WOTR