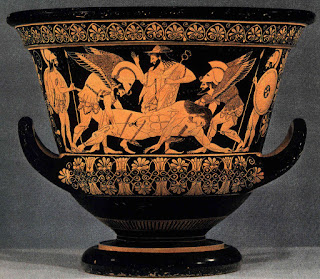 I had a request to do a Lykian (Lycian, Lukka) board for our Iliad project. However, it has been a week coming - since I've started a new job. However, the wait was worth it (I hope) and I have drawn up a board that is pretty close to the Achaean one, with the addition of the 'Apollo' ability - one of Apollo's epithets was Lycian Apollo - and the 'Chiron' ability, like all the other factions get in Saga Iliad.
Jason has been running his Lykians as allies to his Trojans.  However, I feel that does not do them full justice. Their leader, Sarpedon, was brother to Minos (as in King Minos of Crete) and a son of Zeus. He was also the grandson of Bellorophon, by his mother. He had some pretty good speaking parts in the Iliad. Rebuking Hector as the Lkyians pick up the slack and drive the Achaeans almost back to their ships:
Or his death at the hands of Patroklus:

The Historical Lykians were probably the Lukka, who are known to be one of the Sea Peoples (the Bronze Age Collapse is possibly even their fault!), along with possibly the Mycenaeans, and this particular lot used to levy tribute from Crete. Given the Mycenaeans were pretty much Vikings and the Lukkans seemed to carry that as far as getting a 'Danegeld' from Crete, I've based their board heavily on the Viking one. 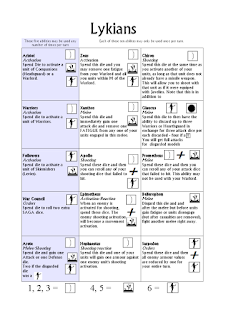 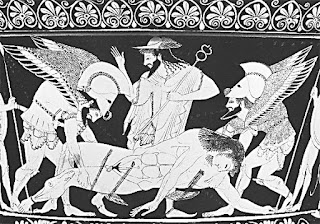